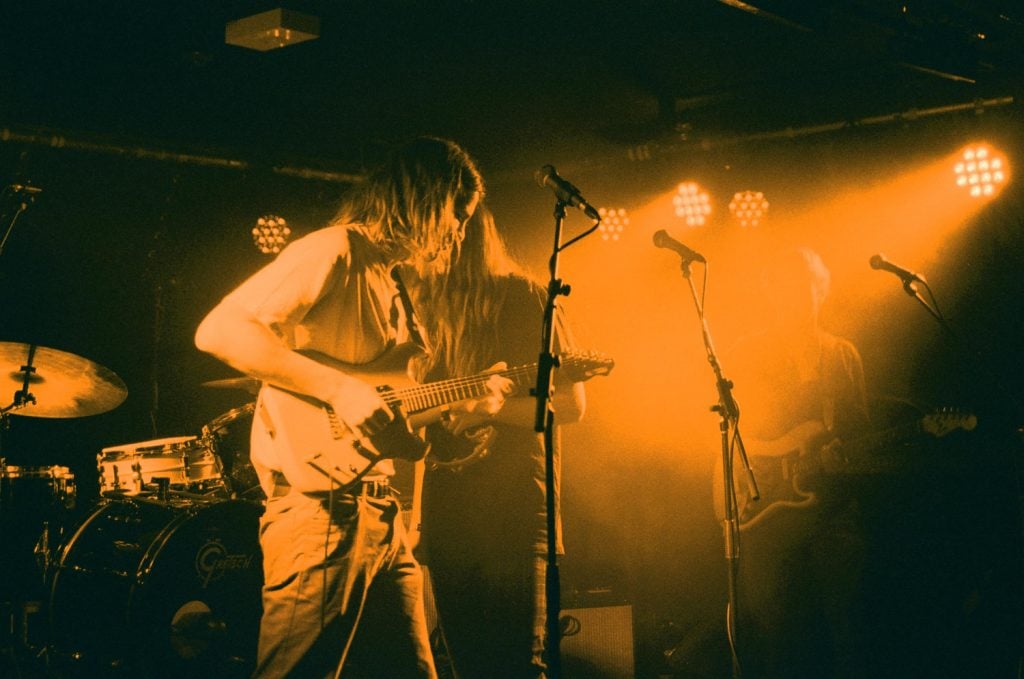 Sam Harding has recently teamed up with ‘Ultrasound 6’, and brings with him a raw musical approach, with an obsession for song writing and composing. Sam is a multi-instrumentalist with a passion for recording sounds live, and is experienced in sampling organic sounds, and messing with inventive engineering techniques. He has performed guitar, bass, vocals, keyboards/synth, drums, percussion and vocals across many styles. Sam performs live with a multitude of bands. His current focus for songwriting is with Melbourne band ‘Gamjee’, as well as a project with Lily Harding (Gamjee) that is set to be released in 2021. He also performs drums in a Melbourne 4-piece band, ‘2 Stroke’. Although he spends most of his time writing, Sam has also produced/engineered albums such as Gamjee’s first release ‘Crooked’, The Vacant Smiles’ 2018 album ‘Goodwill’ and worked alongside Al with recent screen work. He has also been involved in creative projects such as licensing tracks, and composing original scores for the award winning short-series ‘Feedback.’(2018), and short films with Manou Staedel-Arnould ‘Chloe’ (2017) and ‘Payphone’ (2016).

Recently, Sam was involved with the co-writing of the Jeep Chrysler ‘I’m In’ TVC’s. Sam completed his studies at Melbourne Polytechnic in 2016 with a Bachelor of Music Industry, focusing on songwriting/composition and sound production. While studying, he took a particular interest in marketing and music synchronisation. This led Sam to intern with Jane Jacobs at Sync House, as well as assisting Ben O’Connor and Guy Blackman at Chapter Music. In 2019, Sam co-founded a Melbourne, based record label, ‘Tiny Town Records’ with Archie Shannon.